The Kuala Lumpur Amateur Volleyball Association (KLAVA) was found in 1979. This year marked the 30th year of KLAVA. Therefore, we would like to take this opportunity to share with you the history of KLAVA. This KLAVA history is a special dedication to those who has worked hard for the betterment of the sport of volleyball, especially the devoted workforce in KLAVA.

Year 1978 The SAVA affiliates reached the decision to detach the Federal Territory of Kuala Lumpur from SAVA.

Year 1979 The Federal Territory Amateur Volleyball Association (FTAVA) was officially approved by the Registrar of Societies as the highest governing body for volleyball in the Federal Territory of Kuala Lumpur. Yg. Bhg. Dato' Ahmad Sabki bin Jahidin was elected the first president of FTAVA.

Thereafter, FTAVA played an active role in the development of volleyball in Kuala Lumpur and in Malaysia, organizing various competitions, coaching and refereeing courses and participating in various aged-groups national championships.

During this time, KLAVA faced various challenges in the process of reorganizing the association and putting KLAVA back on track. Nevertheless, the EXCO members persevered and contributed selflessly for the benefit of the players and the sport. Despite the hard time, KLAVA never failed to take part in the National Championships and continued to organize local tournaments and courses.

Year 1993 Mr. Loy Teik Ngan unanimously returned as President for another term (1993-1994). 1993 and 1994 proved to be better years for KLAVA as the committee has gained much experiences in managing the association.

Year 1995 It was a busy year for KLAVA. After holding the Pesta Sukan Kuala Lumpur and a state level coaches course in the beginning of the year, KLAVA had agreed to hold the Rakan Muda event for Volleyball. With great support from the Majlis Sukan Kuala Lumpur, KLAVA managed to attract 122 teams, involving more than 1000 players who served off simultaneously from 22nd July to the 13th August 1995. Hats off to Mr. Ricky Wong for his hard work in making it happen.

From August 20th to 25th of 1995, KLAVA also organized the 24th National Youth Volleyball Championships in the Kompleks Belia dan Sukan Kampung Pandan, Kuala Lumpur. It was a success.

The KL boys and girls began to show talent in the national level. Some players were short-listed for the National Junior Squad. At this point, KL players of all age groups were training all year round at the Kampung Pandan Sports Center every weekend, twice a week without fail. KLAVA was running on full force.

Year 1997 Following the success from 1996, Mr. Pan Li Jun from China was hired to replace Mr. Cao Ping, who migrated to the USA to pursue coaching. Mr. Pan Li Jun was a member of the 1979 Asian Championship team representing China.

All the previous effort and hard work had not been wasted, as the KL teams finished top 4 in ALL the national championships that year.

After a year of systematic and consistent training, both KL Men and Women senior teams were ready to take on the 30th National Championship with the Gold medals in mind. As a result, the KL men's team won the National Open Championship for the second time. On the other hand, the women's team only managed a Bronze that came with a valuable lesson learnt in a hard way. In the preliminary round robin, the ladies gave the defending champion, the Sarawak Team, a run for their money in a hard fought 5 set match. Despite that, the women's team stumped and suffered a heart broken loss against the Pulau Pinang team in the subsequent match. As a consequence, it gave the Sarawak team (still undefeated then) a choice to either play the Pulau Pinang team fair and square, aiming for a win, but risk facing the KL team again in the Grand Final, OR to go the easier way, which is to lose by choice and shun the KL womens' team out of the Grand Final, denying the KL women a chance to fight for the Gold medal altogether. It is a dignity call. Unfortunately, the defending champion chose the latter. Lesson learnt.

Both the KL boys and girls won Bronze in the 26th National Junior Championship.

Year 1998 From May 26th to June 13th, the 1st ever school league in Malaysia was launched with the sponsorship from MBF TeenSaver Club. The league attracted 93 teams from 4 zones in Wilayah Persekutuan participated in the league, eyeing the mouth watering RM15,000 prize money.

Several coaching courses were carried out, such as the FIVB Level I Coaches' Course that was held with the cooperation of the FIVB Development Centre and MAVA and the 8th State Level Coaches' Course. On top of that, a Coaches' Clinic was given by the honorable Mr. Ken Maeda on the 17th of May 1998 in the Kampung Pandan Sports Complex. Mr. Ken Maeda was the head coach of the Japanese women's team on the Seoul Olympics in year 1998. A clinic was also conducted to the Kuala Lumpur State players the day before (16th May 1998).

The KL teams continued to collect silverwares in the national championships in most of the age groups. For the 27th National Junior Championship, the boys' team maintained a Bronze and the girls' team improved to Silver.

1998 was a special year for the KL women's team, as the city ladies finally emerged as Champion in the 31st National Open Championship held in Kluang, Johor. After the heart broken experience from the previous year, the players were determined to redeem their dignity. This time, the KL ladies and the defending champion, Sarawak, met in the Final, and the city ladies won by 3-1. It was meaningful because it was won by all home grown KL players. It was extra meaningful because the championship cup was a result of the great support from KLAVA, along with the coaches and players' hard work.

The Kuala Lumpur Under-12 boys team won Silver in the National Under-12 Championship. Lye Jun Xiong were voted the Best Offensive Player. In the 28th National Junior Championship, the KL girls placed 2nd.

Year 2000 Year 2000 had the best achievement in a single calendar year since 1979. The Under-15 girls team won the 8th National Under 15 Championship in Sibu, Sarawak. The Under-21 KL Team won Silver after Sarawak in the 8th Sukan Malaysia (SUKMA) held in Pulau Pinang.

The senior girls once again proved their supremacy by retaining the National Open title in the 32nd National Open Volleyball Championship held in Kuantan, Pahang. The team was undefeated and beaten the Sarawak team twice, once in the preliminary round and once in the Final by 3-1. The champion team consisted of players as young as 14 years old, and 8 players that were selected into the 2001 SEA Games squad. They were Ong Siew Meei (28), Wong Wai Wai (20), Teoh Kwan Kee (18), Josephine Goh (18), Lim Lay Kuan (15), Yeoh Mei Yan (14), Nur Haizreen (20), all trained and groomed in Kuala Lumpur, and Diong Mee Lee (27).

As for the international level, the Malaysian Women's Team, half of which are represented by KL players, won Gold in the Arafura Games in Darwin, Australia, and Gold in the Thang Long Cup in Vietnam. It was the first Gold medal ever won my Malaysia in the South East Asia level. In the 2001 SEA Games, Malaysia men's team won Silver (KL player: Jonathan Lim).

On the same year, with the recommendation from the former KL China coach, Mr. Cao Ping, Teoh Kwan Kee was offered the NCAA Athletic scholarship to study in the University of Maryland Baltimore County (UMBC), Maryland, USA. Throughout her 4 years in UMBC, she represented the varsity team and actively participated in the Division I collegiate volleyball, making an impact in the Northeast Conference (NEC) and the America East Conference (AEC).

KLAVA worked together with the YMCA to send 2 teams (1 boy's and 1 girl's) to Asian, Korea to participate in the Interreligious Peace Sports Festival (IPSF). The girl's team managed to get Silver, losing to the Philippines National Team in the final match. The boy's team got 4th place.

Again, both boys and girls (under 23) also participated in the IPSF in Asan, Korea, where the boy's team fought their way to the Final and lost to the Philippines National Team. The girl's team placed 4th, losing to the Russian team in the 3rd/4th placing match.

The KL boy's team also participated in the IPSF for the 3rd time.

Year 2006 Despite the stagnancy of the association, many players took the initiative to stay active in the sport. The women’s senior team funded themselves (occasionally with the help of a few KLAVA exco members) to take part in several tournaments, such as the UTM Open, the Seremban Open, and the Johor Open, also known as “Kejohanan Bola Tampar Piala Merdeka VAJB 2006”. The team clinched Gold Medals in all three tournaments.

Year 2007 2007 marked the rebirth of KLAVA, with the election of the 15th KLAVA Executive Committee 2007/2008, headed by the honorable Datuk Benny Hoe Tze Fook as President, Dato' Syed Hussein Alhabshee as Deputy President, and assisted by many experienced and capable EXCO members.

The new KLAVA EXCO is determined to revive the sport of Volleyball in Kuala Lumpur, and get the ball rolling again. 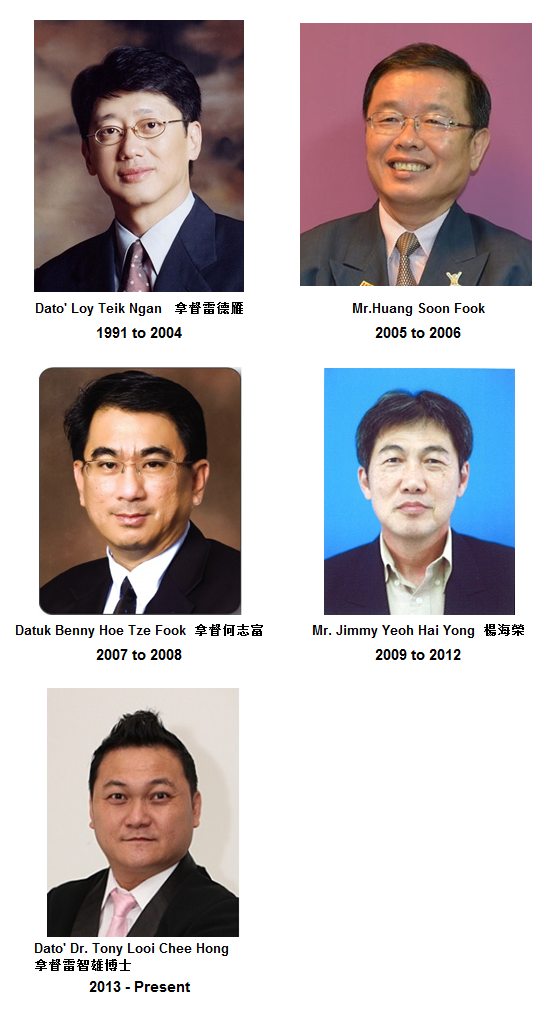